The Rugby Americas North (RAN) 7s championships kicks off today in the Turks and Caicos Islands and the ‘Green Machine’ will look to transform into robot mode in order to end its four-year title drought.

For the third week in succession, the nation’s cyclists will transform the open roads into their battleground.

The Guyana Olympic Association (GOA) came through in crunch time for the national men’s rugby Sevens team which will compete at this weekend’s Rugby Americas North (RAN) Championship in the Turks and Caicos.

Bodybuilders and the top brass of the Guyana Bodybuilding and Fitness Federation Inc.,

Golden Jaguars international Bayli Spencer-Adams recently signed for English Premier League outfit Leicester City where he will feature as a member of the team’s U23 programme.

Incumbent president of the Guyana Olympic Association (GOA), Kalam Azad Juman-Yassin has said that he would like to have elections as soon as possible.

Former West Indies captain, Jimmy Adams is hopeful that the West Indies could defend their T20 World title later this month on the backs of their game-changers.

KINGSTON, Jamaica, CMC – President of the Jamaica Olympic Association (JOA), Christopher Samuda has labelled the decision of the Commonwealth Games Federation (CGF) to set athletics and swimming as the only two compulsory disciplines at the Games from 2026 onwards as a “body blow to sports”.

A confident national men’s rugby sevens team departed for the Turks and Caicos last evening on a quest to end its title drought and return to the 592 with hardware.

The mere presence of Chris Gayle is invaluable according to West Indies vice-captain, Nicholas Pooran, as the team embarks on their T20 World Cup title defense later this month.

All-rounder, Roston Chase, is embracing the anchor role as he is set to make his T20I debut for West Indies in the T20 World Cup.

(Reuters) – Kenyan athletes Eunice Sum and Julius Yego led the tributes to compatriot Agnes Tirop who was found stabbed to death at her home in the town of Iten on Wednesday.

(Reuters) – Tour de France organisers have designed a highly treacherous route for the 2022 edition which will feature rides in gusting winds, cobblestones and punishing mountain stages.

SHARJAH, CMC – Sunil Narine and, perhaps, Andre Russell will come face to face with fellow West Indian Dwayne Bravo in the final of the Indian Premier League tomorrow in Dubai. 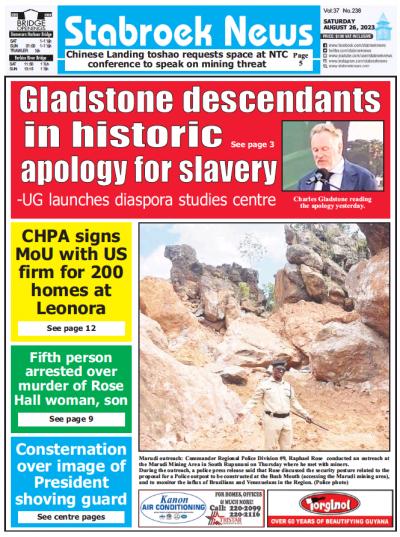